The tool developped to help clinicians follow the cognition of their elderly patients, using morphometric measurements of pediatric growth charts.

Is has been repeatedly shown that an individual's cognition diminishes as its age increases. However, what is considered as a normal cognitive decline? How can one distinguish the onset of a neurological disease solely from the impact of age?

We proudly introduce QuoCo, the newly developed tool built to help the clinician answer these questions in a simple and effective way using percentile curves.

Where do the curves come from?

Developed by our interdisciplinary team of researchers, QuoCo was built on over 8,000 entries from the well-known "Canadian Study of Health and Aging" (CSHA). The Cognitive Curves (CC) were generated, then validated using the National Alzheimer’s Coordinating Center' UDS database.

Our results were published in the prestigious Canadian Medical Association Journal and are available online and in PDF version.

What do you need to calculate the QuoCo?

You will only need the age, the number of years of education and the patient's score to the MMSE (ideally with WORLD spelled backwards). By positioning the patient's cognitive performance on the Cognitive Curves (CC), you will be able to assess its current cognitive state or cognitive trajectory. This tool is not designed to follow patients who have already been diagnosed with a major neurocognitive disorder (dementia). Ideally, you should set the MMSE baseline when the patient is aroung 65-70 years of age and clearly intact on the cognitive level.

You will only need to calculate the patient's QuoCo and its Standardized age (SA) and place those results on the Cognitive Curves.

You should note that the patient's age must be at least 65 years old and that education values higher that 14 years are capped at 14 during the computations.

The age and the education are always represented in years.

Here's an example of an elderly woman with 12 years old education :

By placing her result on the CC, we obtain : 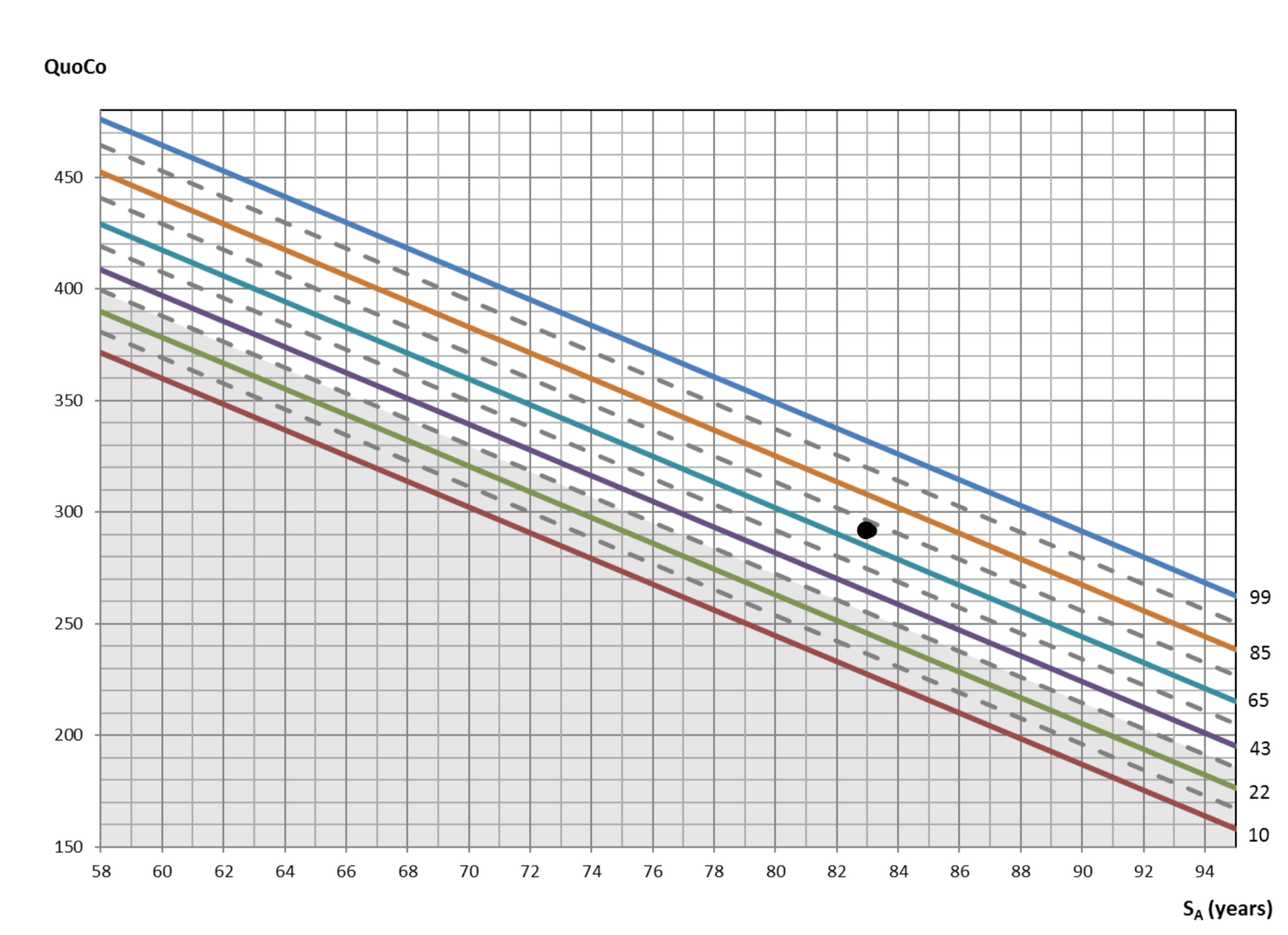 We can now see her cognitive trajectory over time : 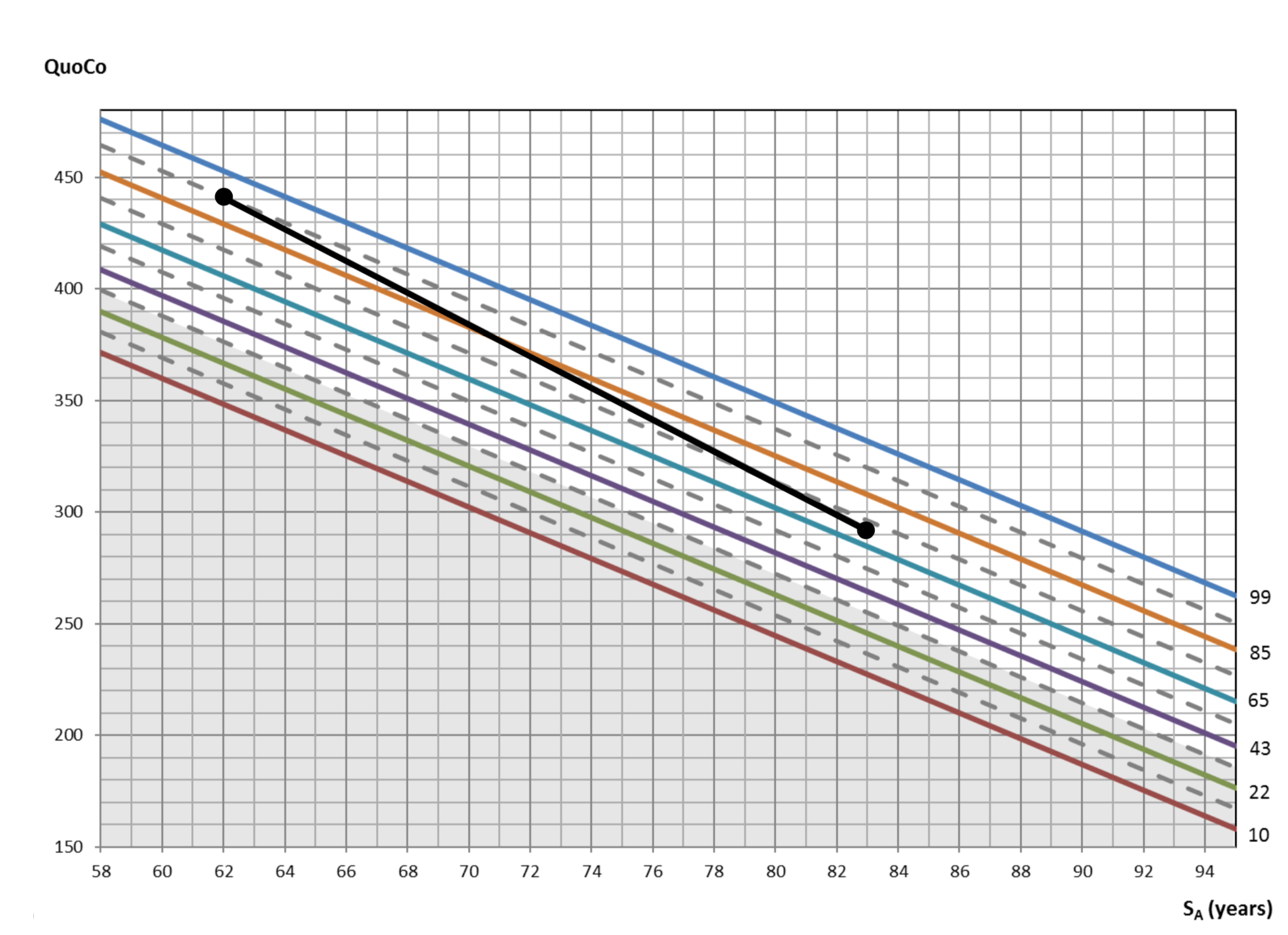 This case shows an abnormal cognitive decline as the QuoCo drops by more than one interval. 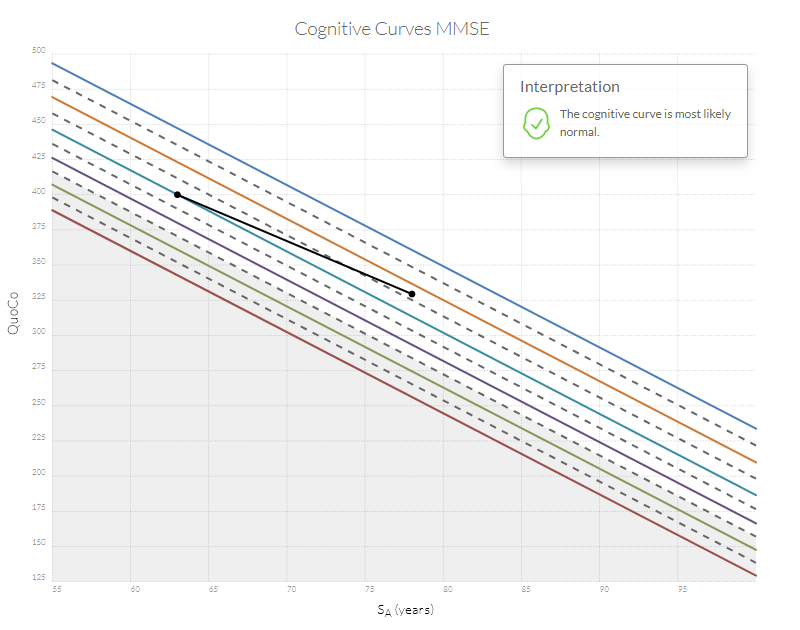 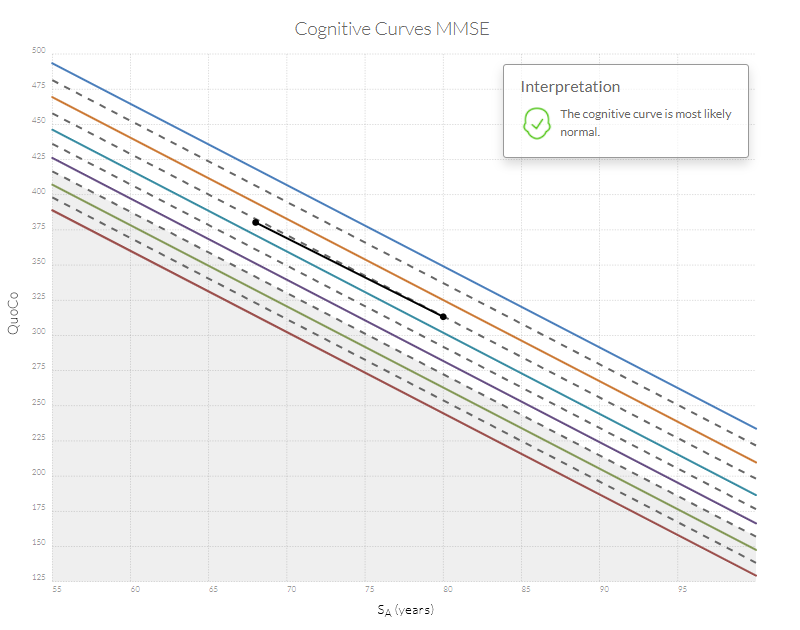 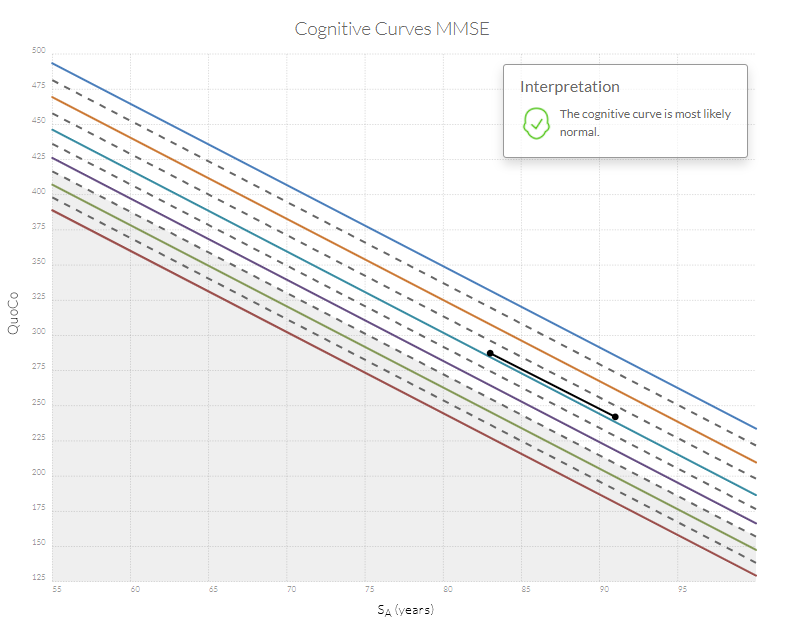 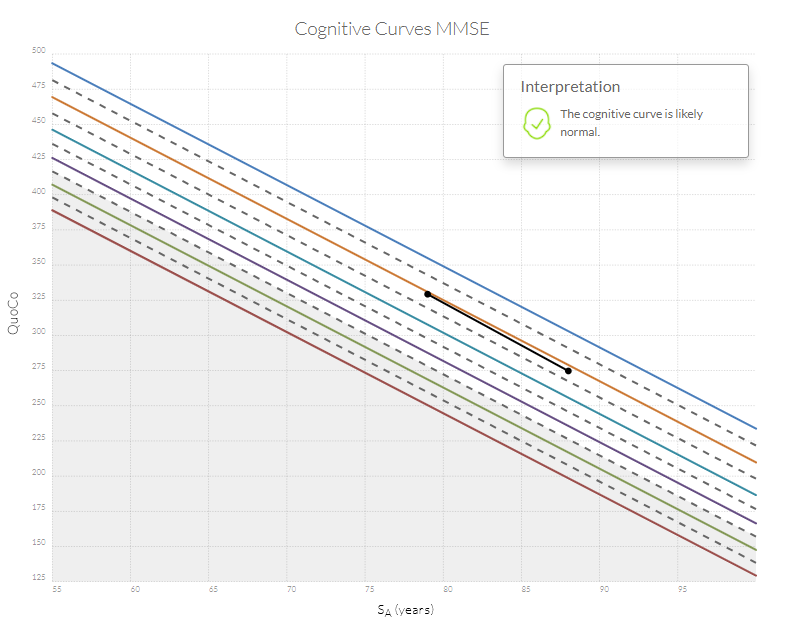 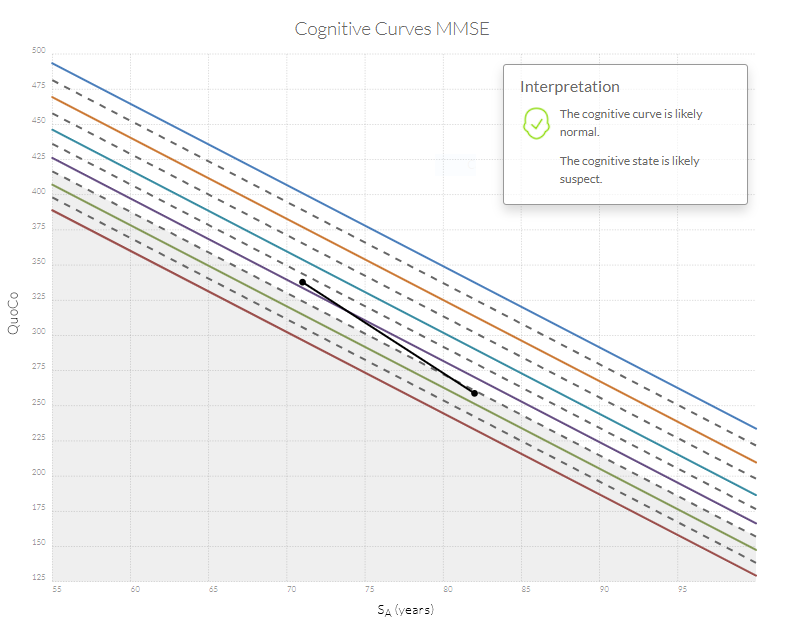 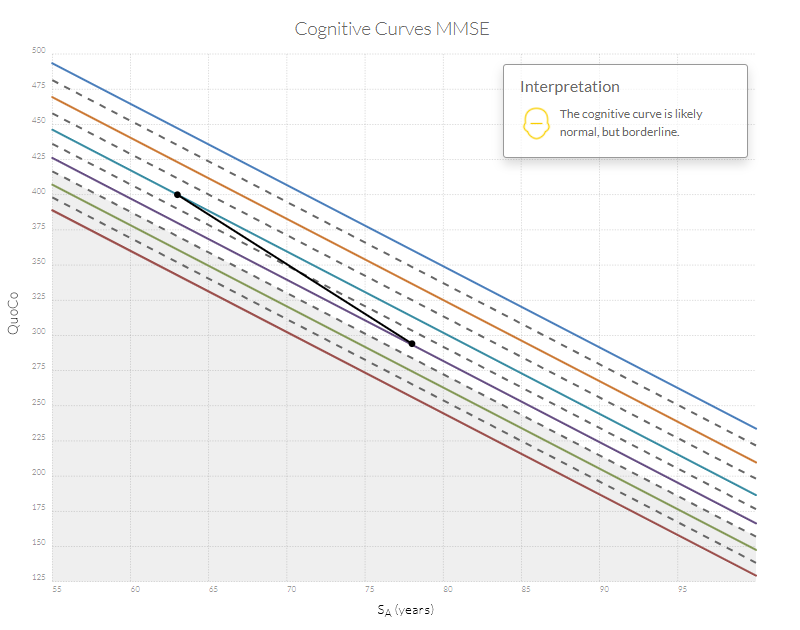 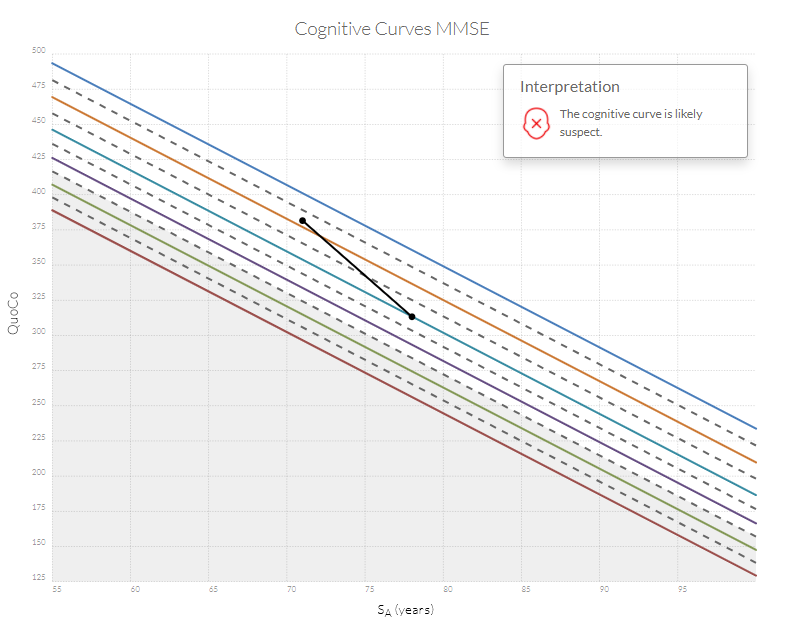 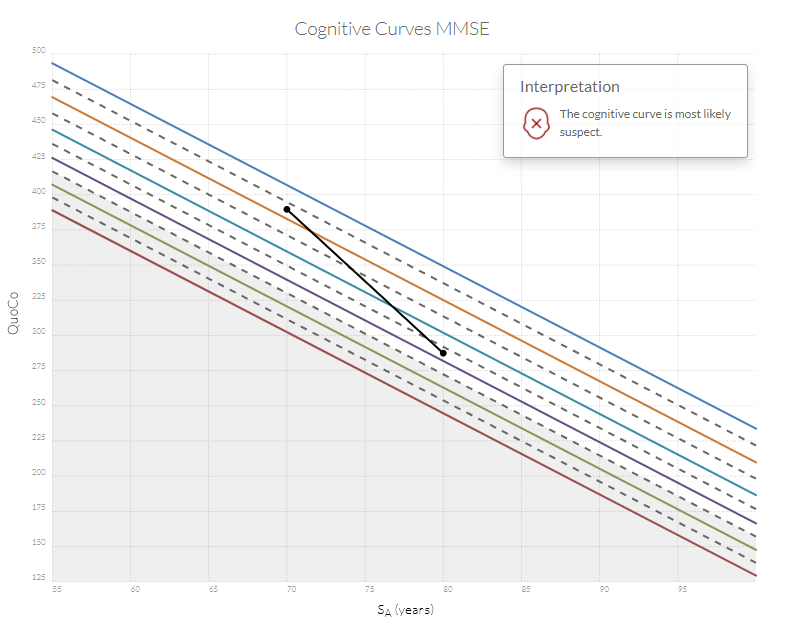 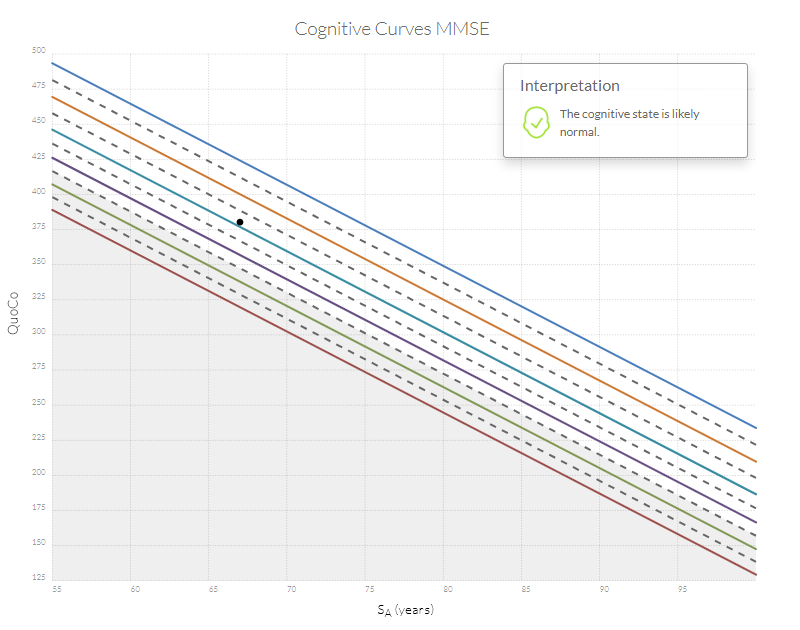 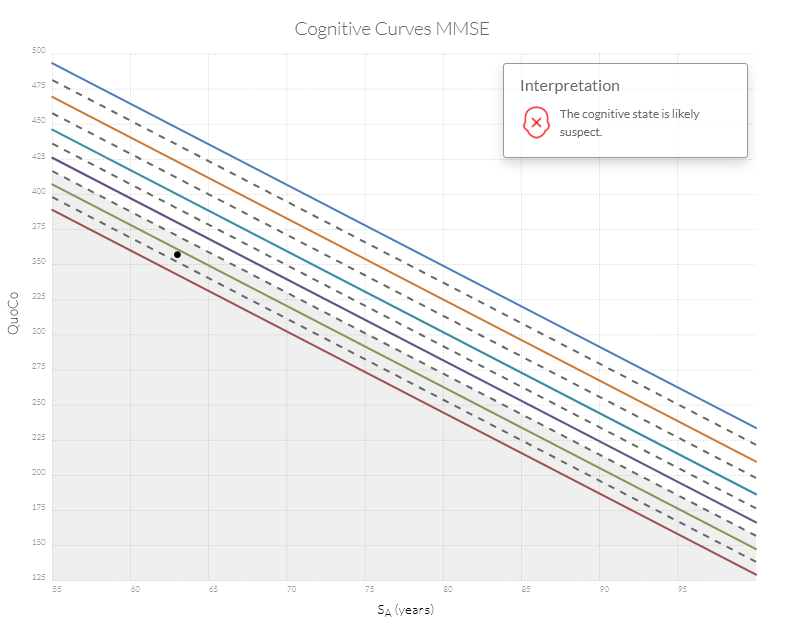 Watch the tutorial to learn in detail how to use the Cognitive Curves MMSE :

Q : What’s the difference between "cognitive state" and "cognitive trajectory"?

Q : What is an interval?

A : An interval is the zone between two plain lines of two dotted lines at the bottom of the charts. If a point is between two lines, You should compute the equivalent of one interval towards the bottom, relatvely to the closest percentile.

Q : When is a trajectory considered suspect?

A : A trajectory is suspect when it shows a decline greater than one percentile from the initial measurements, which indicates potential cognitive problems. (See our video tutorial for more information)

A : It is mainly to get rid of the decimals. A result on 1000 also prevents confusion with other cognitive tests based on 100 such as 3MS.

Q : My patient has 20 years of education. Why don’t I substract 10 from the real age to obtain the standardized age?

A : The maximum value for the education is fixed at 14 years. You must use 7 years of education to compute the standardized age, even if the real education is higher thatn 14 years. The cognitive charts were built form a large database of normal patients from which the MMSE, age and education have been analyzed. Our analysis showed that the MMSE is not favorably influenced over 14 years of education.

Q : I don’t have a MMSE baseline for my patient. Can I use QuoCo anyway?

A : Yes. If you have a previous MMSE score where the patient did not have a diagnosis of dementia (Major neurocognitive disorder), you can use it as a reference point for comparison with the actual MMSE. If you only have an actual MMSE score, the grayed zone (cut-off) allows you to interpret the cognitive status of the patient.

Q : Must we always use the initial point as the baseline?

A : No. It is acceptable to use another point as the baseline. For example, if a patient have a better QuoCo score after the baseline, it would be preferable to use that last one. However, it is not the recommendations from our published study (this notion is currently under investigation by our team).

Q : The QuoCo score I'm trying to plot does not fit into the charts. Why?

A : You probably tried to use data from a patient that does not the have characteristics included in our analysis. Your patient's age must be between 65 and 95, thus a patient with a standardized age less than 58 years cannot be placed on the QuoCo charts. Did you make sure to take account of the limit of 14 years of education?

A : Your patient’s result is exceptionally good and is better than the highest percentile obtained from our statistical analysis. Everything is fine.

Q : The trajectory is rising instead of declining. What does it mean?

A : It means the patient’s tests performances are increasingly getting better than what is normally expected. The patient's trajectory is thus very likely normal.

Q : The QuoCo score of my patient declined of nearly one interval and is considered as limit. Is it normal or not?

A : Our analyses have shown that the trajectory is likely suspect as soon as one interval is lost. However, the larger is the decline, the more suspicious is the trajectory. When the trajectory goes directly onto the next percentile line, it is theorically still acceptable, but the clinical judgment always prevails.

Q : The first QuoCo point was in the grayed zone (cutoff), but the patient did not have a major NCD (dementia) at that time. Can I still follow its trajectory?

A : If you are confident that the previous score was normal for this patient, yes. The grayed zone percentiles will help you measure its trajectory.

Q : Why are the percentile lines getting closer at the bottom of charts?

A : It's because the spaces between the percentile lines have been set to maximize the performance of discriminating between normal decline and the development of a dementia (major neurocognitive disorder). For the lowest percentiles, the acceptable decline is smaller because previous scores are already low.

Q : Can I use the cognitive charts with the MoCA test?

A : Not yet. For now, only the MMSE has been studied.

Watch the tutorial to learn in detail how to use the Cognitive Curves MoCA : 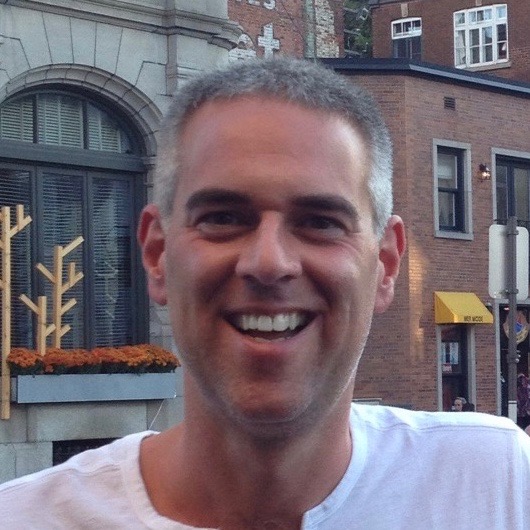 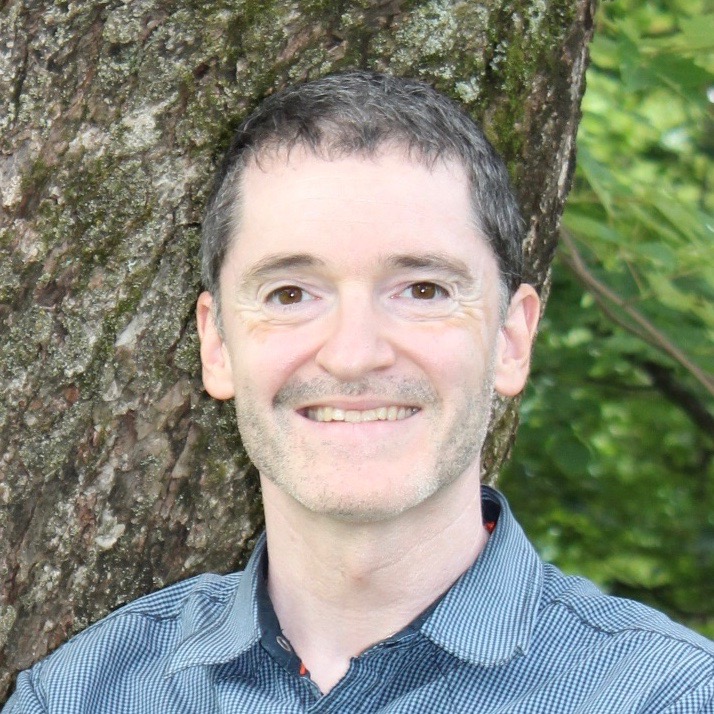 MSc ing physique Co-developer of the tool
Leader of the calculations, analysis and modeling 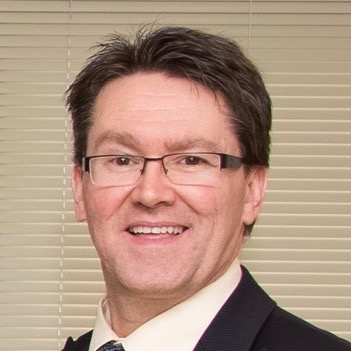 MD/PhD/FRCP Head of research and publication 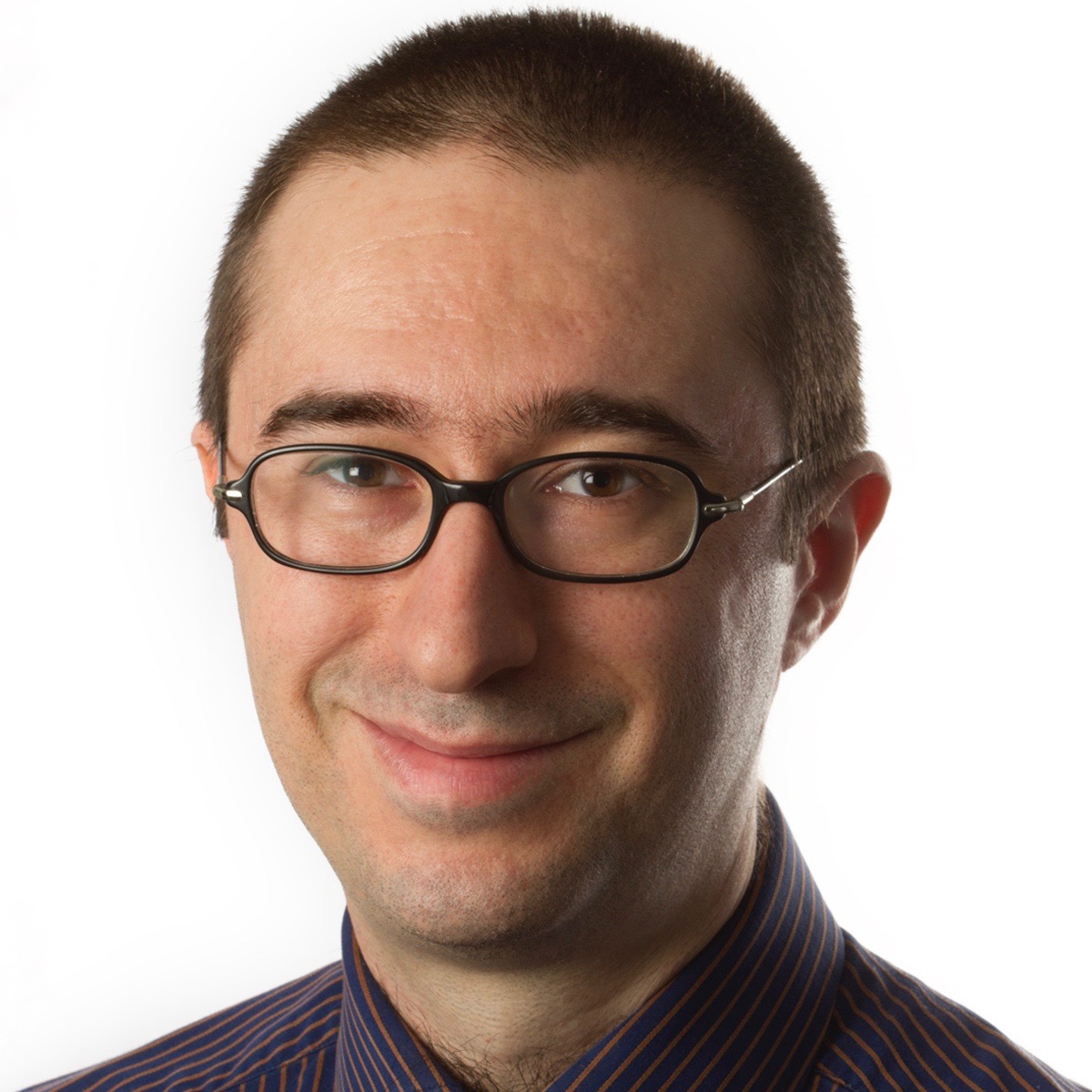 Biostatistician and responsible for the validation 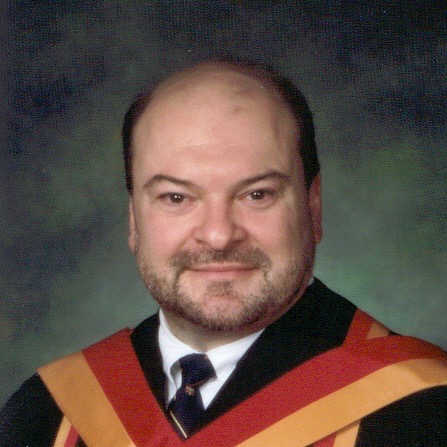 This application was conceived to facilitate the usage of cognitive charts (CC) developed for early recognition of dementia (Major neurocognitive disorder). It should only be used by a clinician habilitated to interpret and manage the results. This tool should never be solely used for diagnosis. A good result does not necessarily exclude a dementia neither a bad result confirm a disease. The automatic interpretation does not remove the liability of the clinician upon results of CC.

The user agrees that Toubib Média Inc. and any other conceptors of the QuoCo tool cannot be responsible of any wrong diagnosis based on the tool nor any problem related to its usage.